For over 150 years, Acme United Corporation, has been a leading worldwide supplier of innovative cutting, measuring, first aid and sharpening products to the school, home, office, hardware, sporting goods and industrial markets with operations in the United States, Canada, Europe (located in Germany) and Asia (located in Hong Kong and China).

First Aid Only was founded in 1988 and pioneered consultative selling and support of first aid items to large corporate customers.  It operates out of a modern 54,000 square-foot facility in Vancouver, Washington where well over 100 people are employed.  All of First Aid Only’s first aid kits continue to be produced in the United States.  First Aid Only is especially known for its SmartCompliance kits. Most businesses are federally mandated to have first aid solutions that are compliant with OSHA as well as ANSI standards. These SmartCompliance first aid supply cabinets ensure that a business is covered. First Aid Only has a distributor network of more than 1,000 people and supplies first aid goods to well-known businesses such as McDonalds, Grainger and Staples.

First Aid Central is a Canadian owned and operated manufacturer of first aid kits and safety supplies. For over 10 years, we have been a trusted provider of cost effective first aid products for individuals and businesses in every industry no matter how big or small.

In addition, our company holds a valid Medical Device Establishment Licence (MDEL # 2690; Company ID: 125102) issued by Health Canada. This requirement helps to ensure that certain regulatory requirements and procedures are in place with regards to the medical products we offer in Canada. This builds on our commitment of offering first aid products that are both safe and effective.

Med-Nap is a FDA-registered manufacturer of Towelettes and Alcohol Prep-pads specialized in both food & medical service. It is a company that takes pride in working under FDA, cGMP, CFR-21, and USP standards. Our combined experience in manufacturing towelettes and prep-pads totals more than a hundred years. Med-Nap is equipped with its own Microbiology Laboratory and printing department. Med-Nap offers its own label of towelettes and prep-pads, and also produces under private labels to satisfy all its clients.

Safety Made is the exclusive source for Dorcy, Life Gear and DieHard flashlights in the promotional products industry as well as the manufacturer of a large selection of safety kits for first aid, travel, emergency preparedness, golf and more. With fast production times, high quality products, and great service Safety Made has what you need for your next event or safety incentive.

Spill Magic is not an absorbent company, we are a safety company. We focus our efforts on Retail, Grocery, Restaurant, Hotel chains and Governmental Agencies, partnering with Safety and Risk Managers with the goal of reducing slip and fall accidents in their locations. 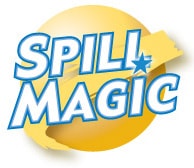 Westcott is a major brand for scissors and rulers in North America, and one of the strongest worldwide. Westcott scissors range from kids and student products to sewing, office, and craft items.  Our rulers come in wood, plastic, stainless steel, acrylic and aluminum with plentiful designs, innovations and fashionable colors.  Following the success in scissors and rulers, Westcott extended its product line with other office tools such as paper trimmers, pencil sharpeners, math kits and more.

Camillus, with roots dating back to 1876, is one of the best known brands in the knife industry.  It produced millions of knives until it filed for bankruptcy in 2007 due to fierce overseas competition.

In May 2009, Acme United re-launched Camillus at the 2009 National Hardware Show in Las Vegas with an entire series of new knives.  The new Camillus knives have well designed, durable handles and the blades have a titanium carbonitride coating, making them 10 times harder than stainless steel. The knives are sold at leading retailers and specialty knife shops.

In 2013, Camillus re-launched its knives in Europe and soon attracted distributors in Scandinavian and German speaking countries. In the meanwhile, Camillus is being distributed in twelve European countries.

In 2015, Camillus cooperated with Jared Ogden and Grady Powell to design the DAG and SKOL combat knives. Ogden and Powell are well-known, as they participate in the popular TV show Ultimate Survival Alaska on National Geographic Channel.

The tools, which include snips, wire cutters, scale/skin grippers, knives and scissors, were developed and tested in cooperation with a number of well-known fishermen in the fresh and saltwater environments. For example, Bob Izumi from the Real Fishing Show, Mariko Izumi from Hooking Up, and four captains, who can be seen on National Geographic Channel’s hit series Wicked Tuna, use Cuda tools on episodes of their respective television shows.

Diamond Machining Technology was established in 1976, as a manufacturer of large diamond grinding and polishing wheels for industrial application.

Due to increased overseas competition, DMT looked for ways to diversify its business. After lots of testing and development work, a prototype sharpener was developed, which the engineers at DMT then refined to an unbreakable, clean-cutting diamond honing tool.  The first polka dot diamond bench stones were soon thereafter shipped to customers such as Brookstone for use in the woodworking area and Bloomingdale's for use in the kitchen. The new sharpener quickly found its way to other sectors as well, such as the automotive, marine, and aviation industries.

Today, DMT products are sold in dozens of countries all over the world. In addition, the company holds more than 10 patents and has introduced over 125 different products, including 10 in the past five years. It sells many tens of thousands of items each year to DIYers, gardening and outdoor enthusiasts, woodworkers, hunters, fishermen, and military and law enforcement personnel.